The History of Pohlen and how the hospital came to be

Joseph Pohlen was one of the greatest benefactors in the Matamata district.
He made huge financial gifts for the building of Pohlen Hospital and for the Catholic Church, and was a tremendous supporter of many local organisations.
Born in 1872 at Harapepe, north west of Te Awamutu, he was the son of Henry Pohlen, a soldier who had fought in the Land Wars under Major von Tempsky.
Joseph was educated in Harapepe and grew up on his father’s farm.
At the age of 14, Joe (as he was more commonly known) went to work on A J Scott’s farm for five shillings a week and earned his keep.
After four years he moved to Shaftesbury, near Te Aroha, to work on E F Roche’s farm.
Here, as a young farm hand, he showed the beginning of a life-long interest in horses and horse racing. It was here he purchased his first farm mare and decided to race her at Te Aroha in March 1894. He walked and rode over rough roads to Te Awamutu to enter his horse in a race which she won.

Farming was Joe’s livelihood and in 1898 he was able, with the assistance of a friend, to acquire the leasehold of a block of 320 acres of land in the newly opened Okauia Estate, on the foothills of the Kaimai Ranges, near Matamata.
This was difficult to farm, and after eight years he disposed of this land. In 1906 he acquired the leasehold of 300 acres near the town of Matamata on what is now Mangawhero Road.

He was a successful farmer and strongly advocated the use of topdressing of his pastures (artificial fertiliser had only been used for land under cultivation, before this time)
In 1908 the Land Board made an inspection of the results of his topdressing. When anyone complained that they could not afford to topdress, Joe would exclaim: “You cannot afford not to topdress”.

His interest in farming and the improvement of stock led him to help form the Matamata Agricultural and Pastoral Association, of which he became secretary and a life member. The first Matamata A & P Show was held in 1911. In later years Joe Pohlen confessed that he had no idea how to run such an event so he went to the Te Aroha A & P secretary, F Wild, for advice. 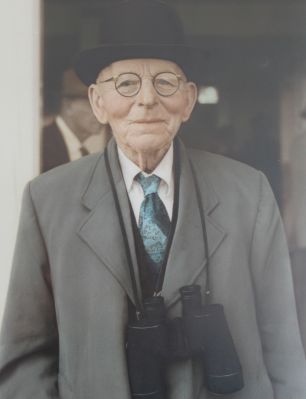 Of a benevolent nature, Joe was well known for his generosity to organisations and individuals.
It is said that in the early days of the Matamata settlement he often met newcomers to the district at the railway station and, using his own horses and wagon, would offer them transport to their farm property.

A little later, he purchased the first car in the district, which was the centre of attention at the inaugural A & P Show in 1911.

It was an “F.M.F. 30” made by the Studebaker Company whose leading car designer was named M Flanders. For seven years the car carried the number plate “M.M.1” and its owner (Joe) generously used his car for the benefit of anyone who needed it.

It is said that Joe Pohlen was very generous to anyone down on their luck, especially returned servicemen, and he often helped them financially.

Joe was also a member of the Catholic Parish of the Church of the Holy Angels from the time he first came to Matamata in 1898. He was secretary of the Church Committee for a time from 1924 and, in addition to periodic gifts to his church, left 119,000 pounds of investments to his parish.

Over a period of six years, interest from the Joseph Pohlen Trust repaid a loan for St Joseph’s Convent School, Matamata, to upgrade the classrooms and an administration block in 1974.

Almost half the cost of building the new Church of Holy Angels and re-modelling of the old church into a community centre were paid for by Joseph Pohlen Trust funds. Both of these buildings were completed in 1983. 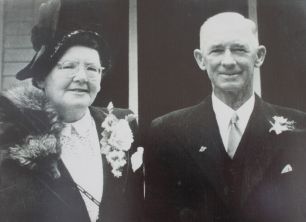 Eventually, Joe retired from his farm in Mangawhero Road to a house in Matamata, but still retained his interest in the community.
He continued to attend race meetings and Matamata Citizens’ Band contests every year to present the Pohlen Cup.
He agreed to have Pohlen Park named in his honour and was seen at local events such as St Joseph’s Convent School Calf Club Day.

One of his final and most generous gestures was his gift of 180,000 pounds towards the building of a district general hospital which was to bear his name. Unfortunately, this was not completed until after his death.

Joseph Pohlen’s long service to the Matamata community in sporting, cultural and local body affairs earned him an enviable reputation which only ended with his death in his 98th year in January 1969.