Hospital Board of Trustees

Alan is a chartered accountant and a principal of the accountancy firm Candy Gillespie Ltd. Alan now has over 30 years’ experience in the accounting industry.

While away from work, Alan enjoys working on their small, rural property, along with recreational road cycling and more recently mountain biking. 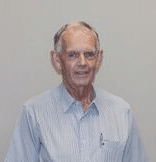 Along with his wife, Ineke, Peter is a managing director of a local engineering supply business, The Boltholder Ltd.

They have been in business for 33 years and currently employ 16 staff.

Peter has been involved in the Rotary Club of Matamata for 32 years. He was president in 2005 and has been director of a number of the committees.

His other interests include: walking and tramping throughout New Zealand, fishing and golf. He is very passionate about nature and all birdlife.

Born and raised in rural Waikato, Thomas has a BSc and post-graduate diploma in Artificial Intelligence through the University of Waikato.

Thomas has spent 10 years producing software for a wide range of industries, including animal Improvement, education, power generation and meteorology.

Thomas lives in Matamata with his wife, Harvinder who teaches at New Shoots Matamata. Together they have two children. 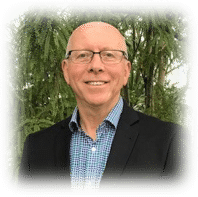 Originally from the South Island, Ross moved to Waikato in 1989 and has been involved in the Health sector for more than 25 years.

He is currently employed as General Manager, Practice Services for Pinnacle/Midland Health Network in Hamilton.  Pinnacle is one of the largest primary care organizations in NZ with more than 80 general practices across Waikato, Lakes, Taranaki and Tairawhiti providing primary care services to around 450,000 people.

Prior to this Ross has managed a large home-based support business in the not-for-profit sector and spent several years in senior roles with the various health funding authorities.

Outside of work Ross spends time with family at Whangamata where he is a keen boatie and fisherman.

Ross has been a member of the NZ Institute of Directors since 2016. 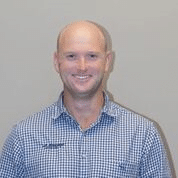 Shannon was born and raised in Matamata. He graduated from Victoria University in 1998 with a BSc. Shannon worked for Mainfreight until heading overseas in 2002 for an extended OE, working as a golf caddie in Scotland, a barman in London, and later as a tour bus driver in Europe.

Shannon returned to Matamata in 2006 and works for J Swap Contractors Ltd as a business analyst. He is married to his architect wife Linda and together they have two young children.

Outside of work, Shannon is involved in tennis as the president of the Matamata Tennis Club, and recently as a trustee of Matamata Futures. Shannon enjoys tennis, golf, road cycling and baling hay as part of the small-scale rural contracting business Classic Contractors. 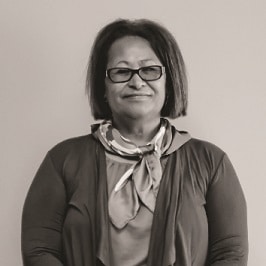 Connie affiliates to Raukawa ki Wharepuhunga and is an active member of the Haahi Ratana.

She has had a varied career pathway that included extensive experience in Health and Disability service delivery and a period as a barrister in Tauranga and a lawyer for Te Ohu Kaimoana, Fisheries Commission, Wellington.

Connie is currently self employed as a contractor providing advice and support to Health providers in service development as well as undertaking Healthshare audits across the Midland region.

Connie lives on whanau land with her husband and whanau, grazing dairy heifers and raising beefies. Her interests include whanau and sport.

Hinerangi Vaimoso grew up in Matamata, went on to study journalism and worked as a print journalist for just under a decade having worked for both APN and Fairfax Media.

Hinerangi has spent the past nine years in the field of communications, most of which time was spent at Waitematā DHB. While living in Auckland, Hinerangi also worked to help her iwi, Ngāti Hinerangi here in Matamata, gain a Treaty of Waitangi settlement. This was an eight year journey for her that was completed in April this year.

Hinerangi returned to Matamata in January 2020 to help improve the health and wellbeing of her iwi, help boost its cultural identity within her people and in the wider community, as well as, financially leverage off the gains in the settlement.

She is now the Communications Manager at Te Puāwaitanga o Ngāti Hinerangi Iwi Trust and is part of an ever-growing list of local community groups.

Hinerangi moved back to Matamata with her husband Michael and their three children aged 1, 3 and 5. Her grandparents, parents, mother-in-law, six nieces and six nephews live within a stones throw from each other, too, so it’s fair to say spending time with the family is what she does in her downtime.